Recent developments include a proposed broadcast technology upgrade for BT Sport. Dominic has worked with the BBC archive on media asset management, led a due diligence process for the BskyB acquisition of Virgin Media Television and developed a technology roadmap for China Central Television (CCTV).

In addition to numerous publications and public presentations Dominic chaired an IBC2016 panel on Analytics and the previous year on Cloud. He has presented at NAB, IABM and as keynote presenter at Broadcast India.

Dominic has an MA (Media Technology, Law), an MBA and a BA (Communications). He is a member of SMPTE, IABM and the Royal Television Society. Personal interests include flying light aeroplanes, driving off-road, sailing and making cider. He is a member of Naval and Military Club in London. 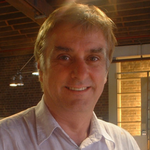