In 1999 he joined Polish television platform, At Entertainment, as Director of Programming. Following At Entertainment’s acquisition by Liberty Global he ran third party programming before joining BSkyB in 2000 as Commercial Director.

His four years at Sky included establishing Freeview as a joint venture between Sky, BBC and Arqiva, setting up At The Races and selling Sky’s stake in QVC.

Leaving Sky, he established broadband TV start up, Aggregator raising £9m. Between 2007 and 2009, he was International COO of Top Up TV, setting up its French subsidiary and managing its Luxembourg-based subscription operations.

He joined ITV full-time in August 2011 as Director of Pay and Distribution with responsibility for developing ITV’s pay TV activities (both within the UK and internationally) and managing its major distribution platforms.

ITV's pay TV strategy has most recently resulted in the launch of BritBox in the US. BritBox is a joint venture with BBCW and AMC and is an OTT SVoD service providing access to box sets of BBC and ITV content. Other notable elements of the strategy include:
• ITV’s first UK pay exclusive channel, ITV Encore, focused on premium drama including original commissions (Harlots, The Frankenstein Chronicles, Houdini & Doyle) and exclusive acquisitions (Jordskott, The Americans).
• A co-investment, with Sky, in Ginx eSports TV (an international, multi-language TV channel dedicated exclusively to eSports)
• ITV Choice (ITV’s international general entertainment channel) distributed across Asia & the Middle East with a second feed launched for Africa in 2015
• the Cirkus ("Best of British") and Curio (high end factual) SVOD services in Scandinavia; and
• ITV Essentials, an ex-pat and traveller focussed VOD service in Europe

The Pay & Distribution group also supplies other ITV content to Sky, Virgin, BT and TalkTalk as well as OTT platforms such as Netflix, Amazon & iTunes and various smaller players. Online, Pay and Interactive is now a major revenue and profit contributor for ITV with 2016 revenues of £231m (up 23% year on year). 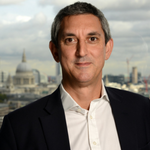