Before his promotion to Associate Director Broadcast in 2015, Peter was the DTG Programme Manager and co-authored the Future of Innovations in Television Technologies Taskforce (FITT) report which was launched by Ed Vaizey MP. Peter also led the DTG’s Spectrum work stream covering TV White Space, 800 MHz clearance for LTE and 700MHz clearance planning and risk mitigation.

Prior to joining the DTG in 2012, Peter was Broadcast Technical Manager at Freesat where he led all technical and operational requirements for the Freesat platform to ensure service provision of 99.95% to Freesat customers. Peter joined Freesat in 2008 after spending seven years with the BBC World Service in a range of technical management roles where he successfully migrated the BBC World Service from an analogue to a fully digital enterprise solution. Peter was awarded the Royal Television Society (RTS) Young Technologist of the Year Award in 2011. 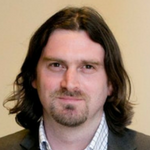