Daniel joined IBM in 2014 from Agon Consulting, a private advisory firm specialising in the M&E industry. As Managing Director, he advised some of the largest media, technology, communications companies and investors at Board level. He was previously the UK & Ireland M&E Leader for Accenture and he was part of the large deal team at Fujitsu, where he advised on the turnaround of Fujitsu's $1.2B commercial businesses. He was a member of the founding management team of BBC Technology. He started his career in Research and Development at British Telecom.

Daniel is a graduate of Cambridge University and holds a Masters in Finance with Distinction from London Business School. He is the President of the London Business School Media Technology and Communications Alumni Club and a former Conference Committee Member of the International Broadcast Convention and Fellow of Arts in Business. 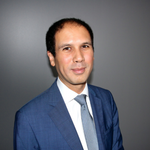