Jamie started his TV career as a transport coordinator at the BBC. Since then he has had many roles in the BBC including Head of Sourcing Production Resources and culminating as the Head of Production L2012 – responsible for the BBC’s multiplatform coverage of the Olympics, Paralympics and other key national events in 2012.

Jamie lives in Chiswick in West London and has three children. 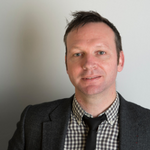