First Name
Michel
Last Name
De Wolf
Company
DWESAM Engineering bvba
Job Title
director
Speaker Bio
Michel De Wolf graduated in 1982 as a civil engineer in electronics and control systems from the University of Leuven. He founded DWESAB engineering in 1987. It became a small profitable company active in the Benelux in the field of automotive, industrial control systems and broadcast solutions. In 2008 EVS Broadcast Equipment acquired this company, including the staff. It became the EVS Brussels Development Center, where mainly studio and archive applications are being developed. At the end of 2012, he was nominated CTO of EVS. In mid-2014 he left EVS, to focus on new activities in DWESAM.

Technology with a business potential are driving him. Internet of things focused on smart cities and broadcast are the two main domains of his focus.

Early 2015 he initiated the LiveIP project together with VRT, EBU and a group of 11 innovative broadcast technology partners. 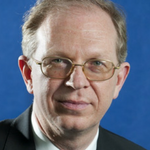