Mark became MD of an independent production company before being appointed Head of Arts for the BBC in 2002. In 2011 he became Controller of Production, BBC North. He led the BBC’s End-to-End Digital Programme, and was later appointed Director of the BBC’s Technology Futures Group. 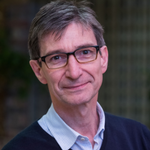